Black History Month 2021: Honoring Black leaders and trailblazers from our Greater Hartford community and around Connecticut

During Black History Month, we are honored to feature the achievements of Black leaders and trailblazers from our Greater Hartford community and around Connecticut. Those who broke barriers and made their mark in history!

Johnny “Schoolboy” Taylor of Hartford, CT is a Connecticut baseball icon, arguably one of the best baseball players to ever come out of the state. Due to discrimination, Taylor was barred from playing in the major leagues. However, this did not stop him from having an outstanding baseball career, which started at Hartford’s very own Bulkeley High School. After his high school career, he went on to play in the Negro, Mexican, and Cuban Leagues. Read more about Taylor’s remarkable baseball career here.

Carrie Saxon Perry was the first African American woman to serve as a mayor of a New England city. Born and raised in Hartford, CT, Perry had an active role in the community as social worker and state representative. She went on to serve as Hartford’s 63rd mayor from 1987 to 1993. She was known for her broad-rimmed hats, as pictured. Read more here.

Constance Baker Motley, a trailblazer born and raised in New Haven, CT, was the first Black woman to receive a law degree from Columbia University School of law. She was a key figure in the Civil Rights Movement, working on cases such as Brown v. the Board of Education. She continued to trailblaze and went on to become the first black woman ever elected to the New York State Senate. Read more about Motley’s career here.

Charles Ethan Porter was an American painter who was born and raised in Hartford, CT. He was the only African-American artist at the turn of the century who painted in still life. He studied at the National Academy of Design in New York City, and became one of the first African Americans to exhibit there. In the late 1800’s he opened a studio in Hartford. Today, only nine of Porter’s works are in art museums, including the Wadsworth Atheneum. Read more about Porter here and here.

Anna Louise James was born in Hartford, CT and grew up in Old Saybrook, CT. in 1908, she became the first African American woman to graduate from the Brooklyn College of Pharmacy in New York. She subsequently went on to be the first female African American pharmacist in Connecticut, operating a drugstore in Hartford until the early 1900’s. Read more about James here.

Ebenezer D. Bassett was born in Litchfield County, CT and grew up in Derby, CT. He was a graduate of the New Britain Normal School (Now known as Central Connecticut State University) and went on to be a civil rights leader in the mid 1800’s. In the late 1800’s, Bassett was appointed to be the U.S. Ambassador to Haiti. Read about Ebenezer’s remarkable life and achievements here.

Gwen Reed grew up in the North end of Hartford, CT. She was an actress who was best known for her portrayal of Quaker Oats spokesperson, “Aunt Jemima”.* Apart from her acting career, Reed was a dedicated community steward who was passionate about childhood literacy. She was known for reading stories to children at the Hartford Public Library and eventually had her own reading segment locally televised. Apart from this, Reed went on to become the director of the Hartford Community Players. Read more about her endeavors here.

*Last year, Quaker Oats announced that it would be changing the brand’s name and image as it is based off a racial stereotype.

Black History Month 2021: Honoring Black leaders and trailblazers from our Greater Hartford community and around Connecticut2021-02-042021-02-22https://leadershipgh.org/wp-content/uploads/2016/07/LGH_Logo@1x.pngLeadership Greater Hartfordhttps://leadershipgh.org/wp-content/uploads/2021/02/ogd6ug.jpg200px200px
What’s New
About Us
Our Programs
Who We Serve
Join Our Mailing List
Members
Our Mission
To develop, connect and inspire diverse leaders to build strong and vibrant communities.
Leadership Greater Hartford 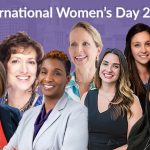