In 1989 a series of revolutions in the Eastern Bloc countries of Europe caused a chain reaction that ultimately resulted in bringing down the Berlin Wall.

Perhaps even in this country the ideological and systemic walls that block individuals with limited education and black marks on their records were beginning to weaken.  In I994, John Wardlaw, who led the Hartford Housing Authority for nearly 30 years, took a chance on a young man with more than one such black mark on his record.

Wardlaw made it his mission to correct the damage that had been done in public housing, which he called “concentration camps,” or warehouses where those battling poverty were forced to live near those who targeted them. To prevent community groups (known as gangs) from destroying his beloved housing projects, Wardlaw invited young men and women within the complexes to be part of the solution. He recognized that there was leadership in those communities and true desire to live in peace.

When he hired a well-known member of one of those gangs to help prevent violence in the public housing community and to steer youth toward a path of success, it was a controversial decision to say the least.

“This boy, Smurf — he’s young, very intelligent, a very good speaker and definitely a leader,” Wardlaw said. “Now, what direction we want him to lead is the question. He’s the ideal person to cross the line and relate to the gangs, to get the message out that they’re destroying their community….Absolutely nothing is being done about these kids. So what I felt is, rather than sit around doing nothing, I would try something. Will it work? I don’t know.”

“Community leader” is a designation, often by secondary sources, for a person widely perceived to represent and influence a community. It is leadership in, for and by the community.

Does someone who was educated by life experience in a community characterized by violence meet the threshold set to be considered a leader? And can someone from such a community lead transformative change in that community?

These attributes are evidence of a resounding YES.

Wardlaw’s potentially catastrophic gamble required time to demonstrate that it was a great investment in this young, nontraditional community leader. Along the way additional grooming, coaching, patience, experience, opportunity and learning allowed hope to creep in, confidence to grow and a fire to burn within him for achieving the goal of bettering the lives of others in an entire community.

He continues to be a part of his community and refuses to believe that there are no leaders amongst those suffering through an unfortunate combination of unfavorable conditions, environment, economics, and other factors. Those experiences build skills not available in stores, books or movies. The community leader sees the possibilities within the chaos, the lessons between the tragedy and the abilities amongst the pain.

“The challenge of leadership is to be strong, but not rude; be kind, but not weak; be bold, but not bully; be thoughtful, but not lazy; be humble, but not timid; be proud, but not arrogant; have humor, but without folly.”

A leader who believes in the power to see through walls can bring them down.

Iran Nazario, formerly known as “Smurf,” is Founder and President/CEO of the Peace Center of Connecticut, Inc. He is a graduate of Leadership Greater Hartford’s Quest program and received its Polaris Award in 2017.

Bringing Down Walls2019-11-142020-02-17https://leadershipgh.org/wp-content/uploads/2016/07/LGH_Logo@1x.pngLeadership Greater Hartfordhttps://leadershipgh.org/wp-content/uploads/2019/11/hj12860_2caa2072-a9f8-43b2-b208-1f909775f9aa.jpg200px200px
What’s New
About Us
Our Programs
Who We Serve
Join Our Mailing List
Members
Our Mission
To develop, connect and inspire diverse leaders to build strong and vibrant communities.
Leadership Greater Hartford 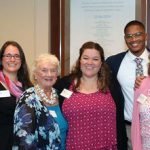 Join Us for Lessons in LeadershipHome News, Uncategorized