A gardener set out four small planters. He filled one planter with soil, added an apple seed, covered it with dirt, and added water. He placed the planter by a well-lit window. He moved on to the second planter; added the soil, the seed, water, and finally placed the planter in a sunny spot for the seed to grow. The third seed was tucked in with soil, water, but with limited space in the sunny part of the room, was placed in the tool shed where only a narrow stream of light crept in. The fourth seed was dropped into the planter without the cushion of soil, without water, and was placed on the window ledge.

Every day, he watered the seeds and eventually three of the seeds took root.

The first two seeds, given everything they needed to thrive, quickly flourished. “What a highly capable pair of seeds!” When the two seeds grew so tall that the gardener realized he did not have room for two big tree, he took the first of the planters outside to replant the now sapling. He left the second, in the sunny spot inside to see and enjoy daily. “I want to keep this tree inside, so I can all benefit from when it grows apples!”

The third seed, struggling to find the light, was stunted. Neglected and lacking the needed resources, it barely grew at all. The gardener thought to himself, “I don’t know why this seed isn’t doing what it is supposed to do….such a disappointment…”

The fourth seed, filled with so much potential, but without any resources for growth, shriveled away under the sun’s heat. The gardener muttered to himself, “All this time in the sun and not even a sprout. Clearly a bad seed.”

Eventually, the tree outside, continuously supported and provided with the needed resources and environment required for growth, stood tall with a leafy canopy full of apple blossoms. “What a perfect seed that turned out to be!”

The second seed, still inside, eventually grew too large for the limits of the small planter. The root system began to choke, competing with itself for the resources; eventually no new growth occurred. “What is wrong with this plant?” the man said. “It has stopped developing and trying! I guess it has checked out.” So, he threw the dying plant into the compost pile.

At this time, with available space in the sunny spot, the gardener moved the third planter from the cabinet. But, the seed exhausted from fighting to find the light that once out in sunshine, was flat out of stamina, and began to wither. “I knew it couldn’t handle the pressure of the being out in the light…clearly it wasn’t ready for the opportunity.”

The fourth seed, with only water and no soil, remained shriveled in the planter. Without a thought, he tossed the planter and seed into the compost bin.

Leadership is about creating the environments and opportunities for those you manage to reach their ultimate potential.

How do you support those you lead? Do you provide the necessary resources so that they can realize their potential? What professional environments are you creating? Do you give those around you timely opportunities for new growth?

What if there are no bad seeds in the workplace…just ineffective gardeners?

What kind of environments do you create for those you lead? Join us for an all-day workshop to optimize the potential of your work environment at Creating Positive Culture and Climate in the Workplace on Wednesday,  June 5th.  Link here to register.

A story of miss-management2019-04-192019-04-19https://leadershipgh.org/wp-content/uploads/2016/07/LGH_Logo@1x.pngLeadership Greater Hartfordhttps://leadershipgh.org/wp-content/uploads/2019/04/seedlings.jpg200px200px
What’s New
About Us
Our Programs
Who We Serve
Join Our Mailing List
Members
Our Mission
To develop, connect and inspire diverse leaders to build strong and vibrant communities.
Leadership Greater Hartford 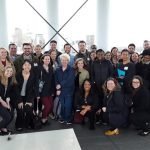 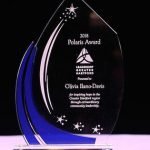