The intersection of leadership and humanity

The anniversary of D-Day reminded us of the bravery and sacrifice that ended the world-wide catastrophe that threatened civilization in 1944.

Ask any American to name the most evil person of the 20th century and the answer is always, “Adolf Hitler.” Although he never won an election, Hitler’s followers committed some of the greatest atrocities in all of history.

Post-war analysis demonstrates that 90 percent of the German people approved of Hitler and his actions in 1939, which was after his military aggression began. At the end of the war, one-third of the German populace still supported him.

Scientists have long wondered how Hitler and other dictators secure support and obedience from the masses even after the impact of their evil is known and understood. How could it be that one-third of the people in Germany who opposed Hitler and his evil deeds did nothing to stop him, and that another third simply stood by and watched?

A classic scientific study provides a chilling affirmation of this dynamic. When instructed to administer electric shocks to students who gave incorrect answers, 70 percent of the volunteers in this study who personally had to touch the “student” to administer the pain refused to do so when the pain reached high levels. But 30 percent continued to follow the direction of the authority.

When they could not see or hear the student, 65 percent continued even when they believed that the shock was deadly. After learning this was an artificial experiment, the volunteers blamed the person giving the orders or stated that the victims deserved the punishment.

Simon Sinek, in “Leaders Eat Last,” draws this insight from the experiment:

The more distance between us and others, the more “abstract” people become, the more capable we are of doing them harm. And in the 21st century, we distance ourselves from others through numerical abstractions and generalizations that enable inhumane behavior.

I am reminded of one of my favorite movies entitled “I Am.” Its powerful and compelling message is compatible with many of Sinek’s principles.

Following a serious, debilitating head injury, Tom Shadyack, Academy Award-winning writer, director and producer, traveled around the world asking thought leaders, writers, scientists and others, “What is wrong with the world, and what can we do about it?”

He senses that poverty, illiteracy, hunger and violence are symptoms of deeper problems in the human condition and society. As I thought about abstraction as an enabler of inhumane acts, I recalled Desmond Tutu telling Shadyack, “You may not be able to solve world poverty, but you can feed a hungry man.”

When we view community issues in the abstract, is it easier to look the other way, point the finger at an authority figure whose fault it is … or, even worse, act in ways that cause harm to others we do not see or hear?

Check out some headlines and the abstractions they present: “Price Too High for Undocumented Children’s Health Care”; “Connecticut Food Insecurity Rate Remains High”; “Hate Crimes Increase in Connecticut.” To make these abstractions real, we must see the sickly child who suffers from lack of care. We must hear the desperation of the parent who cannot feed the family. We must see the terror in the eyes of the worshipper in the mosque and the synagogue.

Shadyack discovers that it is in our DNA to feel the pain of others and to feel good when we help those in trouble.

Desmond Tutu says, “We are because we belong.” We cannot be human alone. It requires other humans to teach us what humanity is. Abstractions let us off the hook.

We must make eye contact, hear the cry and feel the pain if we, as leaders, are going to stop the evil in the world.

The intersection of leadership and humanity2019-04-112019-09-04https://leadershipgh.org/wp-content/uploads/2016/07/LGH_Logo@1x.pngLeadership Greater Hartfordhttps://leadershipgh.org/wp-content/uploads/2019/04/doe-article-image.jpg200px200px
What’s New
About Us
Our Programs
Who We Serve
Join Our Mailing List
Members
Our Mission
To develop, connect and inspire diverse leaders to build strong and vibrant communities.
Leadership Greater Hartford 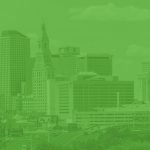